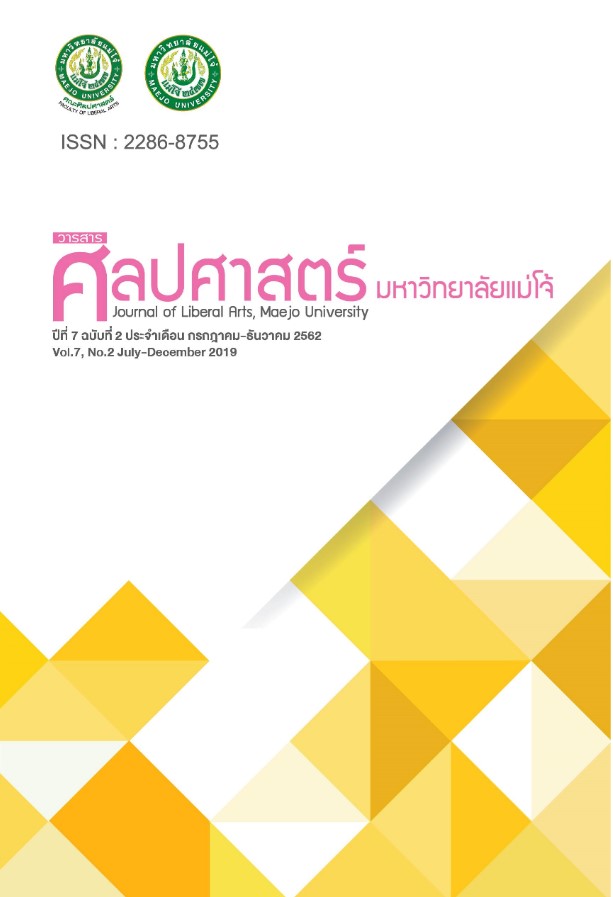 This study aimed to investigate Thai pronunciation of Chinese oversea students from Guangxi Mandala in China. The participants consisted of 43 Chinese students of School of Tourism Development of Maejo University, obtained by purposive sampling. There were four series of data collection: 1) consonant pronunciation, 2) vowel pronunciation, 3) tone pronunciation, and 4) pronunciation of words with a final letter. Results of the study revealed that the research population could pronounce eight Thai consonants correctly, out of 44 Thai consonants (18.2%). The following consonants were found wrong pronunciation most: /rɔ̄ɔ/ (58%), /thɔ̌ɔ/
(33%), and /sɔ̄ɔ/ (28%), respectively. Regarding the pronunciation of 28 Thai vowels, 29% were right, while 71% were wrong. The most wrongly pronounced was สระเอะ /e/ (53%), สระโอะ /o/ (44%),
and สระไอ /ay/ (30%) respectively. According to the pronunciation of tone, the participants were able to pronounce the mid tone / ̄ /correctly for one hundred percent. However, the raising tone / ̌/ was mispronounced the most. For tonal conjugation of high tone consonants, the participants mispronounced falling-rising tone as mid tone the most (11.6%). For tonal conjugation of low tone consonants, they mispronounced 1st Thai tonal mark rising-falling the most (25.6%). Regarding
the pronunciation of words having a final letter, the following mistakes were found
the most: /-k/ (13.2%), /-p/ (6.6%), and /-m/ (5.1%), respectively. Results of the study could be utilized in terms of the following aspects: 1) classroom problem solving; 2) improvement of drills and form of teaching/learning facilitation on Thai language pronunciation/speaking skill in the following semester; and 3) basic data used for the preparation of Thai language pronunciation and listening/speaking improvement course which is a core course of Thai Language for Foreigners Curricular Program (New Curricular Program, 2018). 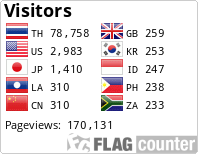