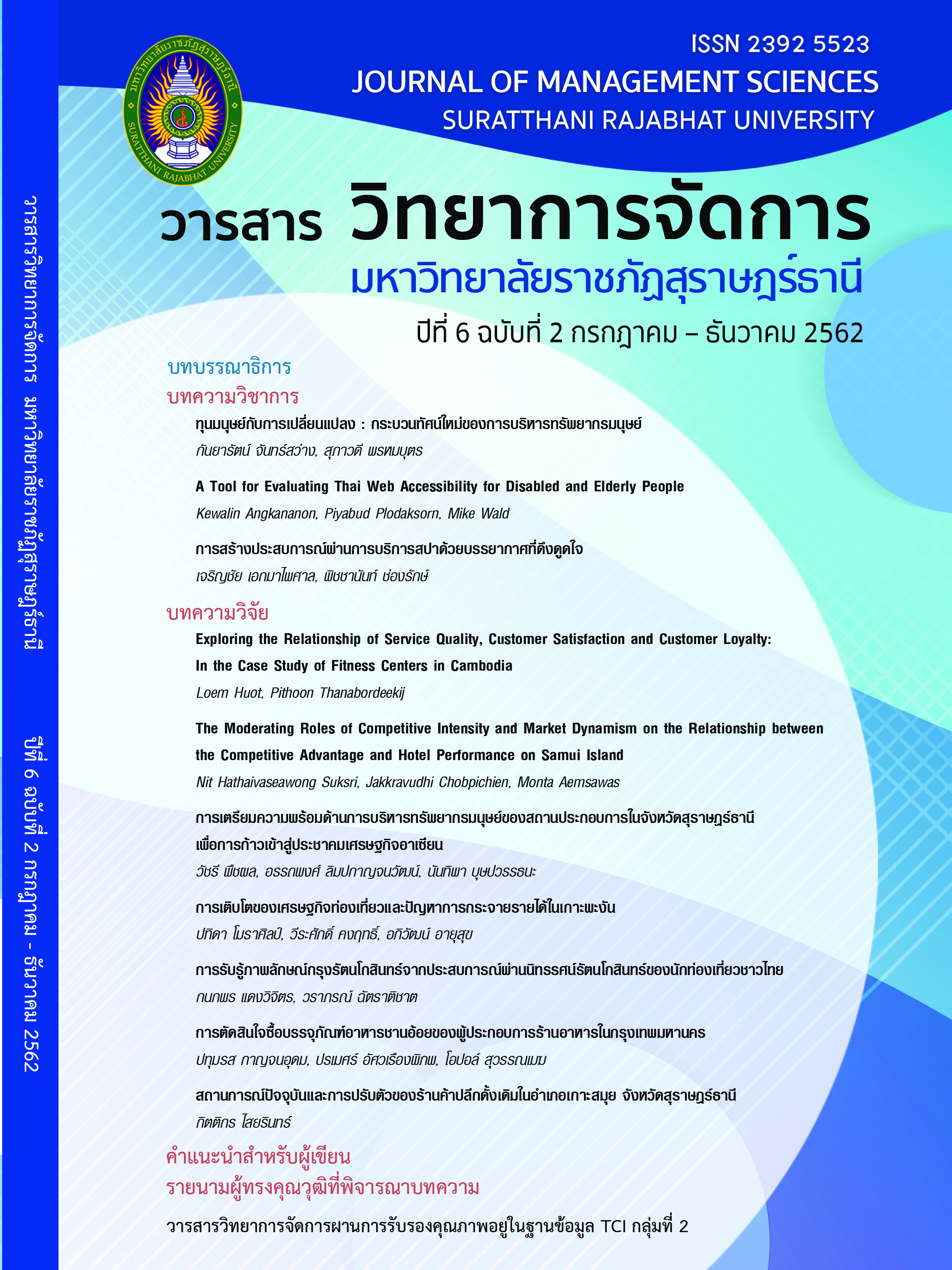 This study intended to explore the current state, the capability, and the development of the traditional retail stores in Koh Samui district, Suratthani province, as well as to investigate the behavior of the stores’ customers. The researcher had reviewed the concepts, theories, related documents and information. To collect the data, the researcher conducted the field survey with 400 consumers and 50 local traditional retail stores and the in-dept interviews with 10 traditional retail stores. The descriptive statistics used in data analysis were percentage, mean, and standard deviation. The result of the study in terms of the capability of the traditional retail stores revealed that that most of the informants were women aging between 41–50 years old, married, with primary educational degree. Most of them are merchants or freelance workers. They generally have 3-4 family members. They hold the ownership of their stores with more than 10 years of service. There is no employ worker. The products found in the stores are the general consumer products. The service hour of these stores is approximately 9–12 hours a day. Most of the stores are located at the roadside. The stores are the opened non air conditioned buildings with 1 car parking space. The stores launch some promotion campaign (e.g. discounting, exchanging, giving, and adding something extra). Currently, these stores are facing the customer falloff. The average circulation of the stores is approximately 1,001 – 3,000 baht per day or 5,001-10,000 baht of monthly profit. The expansion of foreign retail stores directly affects their profits. Moreover, the discount stores like 7-11 are located only 1 – 2 kilometers far from these traditional stores. The stores have built the relationship with the community by sponsoring the sport competitions or local traditions. Generally, these traditional stores have developed themselves at the moderate level. Considering aspect by aspect, it is found that the most affective factor is the product procurement, the moderate factors are technology, finance, and marketing respectively. Additionally, the interviews reveal that these traditional retail stores are principally family business running with their own capital. Their customers are generally live in the areas surrounding the stores. Moreover, the stores do not use any new technology for business running. The stores are run under cost control, limited space, and easy store management without hiring workforce. Nowadays the circulation of these stores has been declined since the consumers have changed to buy goods from modern convenient stores. Nonetheless, the traditional stores have featured the relationship with communities.