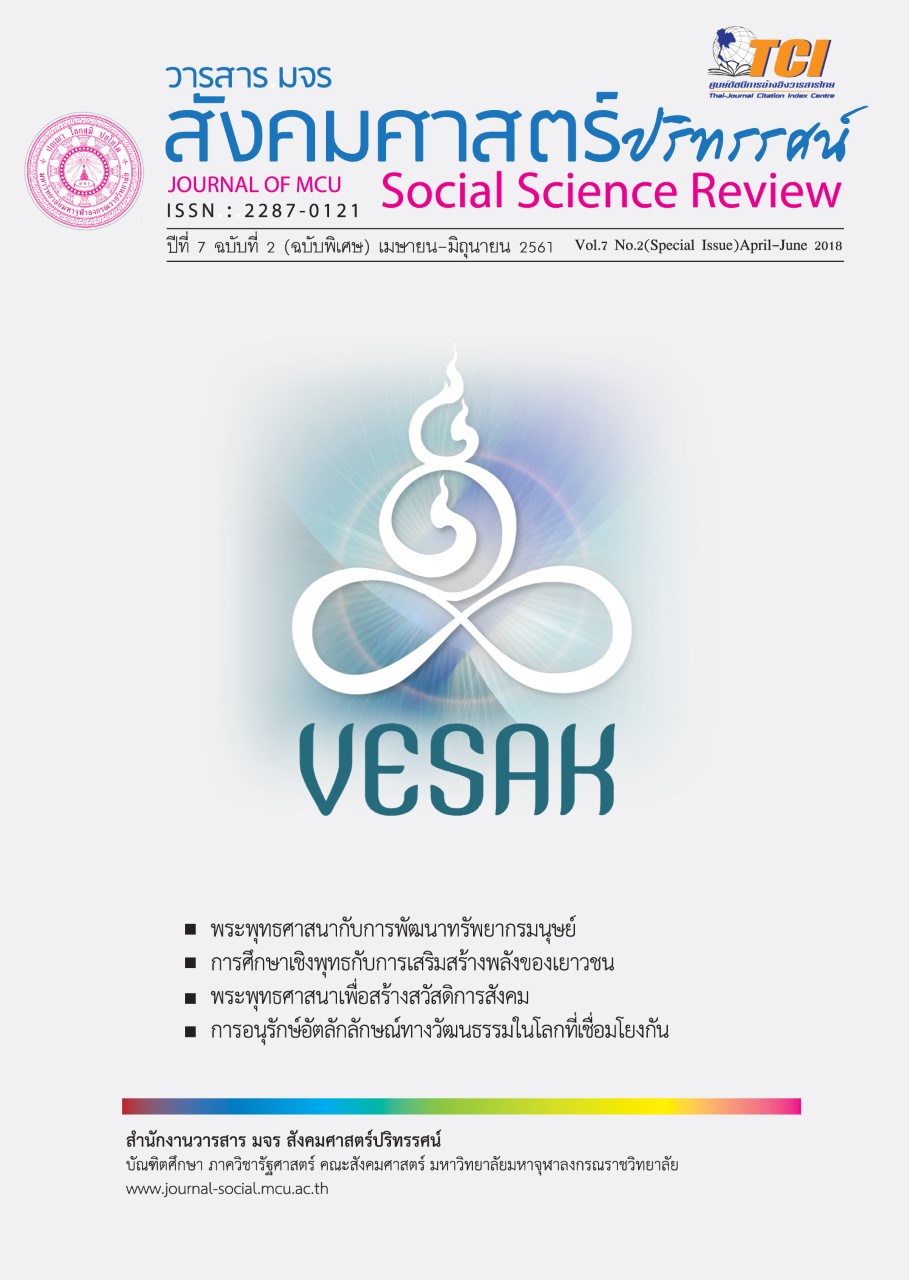 Methodology was mixed methods: The quantitative research collected data from  198 samples who were monks in Nong Chok district with questionnaires that had  reliability value at 0.959. The data were analyzed by computer program or research in social sciences. Statistics used in data analysis were descriptive statistics;  frequency, percentage, mean, standard deviation, and one-way ANOVA (F-test).  In the case of three or more variables, the mean difference was calculated by using the Least Significant Difference (LSD.) Method. The significant level was fixed at 0.05. The qualitative research collected from key 10 informants with in-depth-interview and analyzed data by descriptive interpretation and context content analysis technique.

Findings were as follows:.