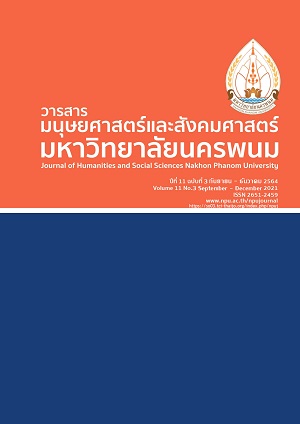 This research aims to study city planning and architecture of various groups of people who live in Khlung Municipality, Chanthaburi. This research identified architectural identity and values by using the residential buildings, religious places, and physical areas of the community as a source of study. The study collected data by observing and recording physical data, interviewing, and group discussion, comparing with the secondary data source in order to analyze city planning and architecture style. The results showed that Khlung town was a twin community surrounded by Thai settlements. The inner area is divided into Chinese market district and Vietnamese fishermen's community. Thai people tended to live in raised houses scattered in the garden. Chinese people commonly lived in a row house or commercial buildings in the market district. Vietnamese people settled down in a raised house on the edge of the canal. Chinese and Vietnamese religious places could preserve their cultural identities and combined some Thai characteristics to show harmony with the significant social context. In conclusion, the initial city planning and architecture of Khlung town demonstrate the settlement trace and the uniqueness of the various groups of people. There was an adaptation under the role, social status, and development of the country according to the era. The results of this research can confirm the historical and social-cultural values of Khlung town with the architecture and also create knowledge as a cost for developing according to the creative economy guidelines.