In the research, it was found that in Thai society the problem of infertility can be solved through the assisted reproductive technology. In this matter, an action has been giving rise to various problems, moral issues, for instance. In fact, if viewed from religious points of angle, the surrogacy is mainly concerned with the giving birth through woman’s womb, yet such a birth is not naturally created; it is produced by the assisted reproductive technology, moral issue on defame of human being’s dignity, exploitation, legal issues on children’s rights, parenthood etc.

The guidelines to solve the problem of surrogacy based on the Buddhist virtues were put forward to be considered as follows: the legal problem can be solved through the Noble Paths when confronted with what is morally allowed and what is not morally allowed. In the problem of rights, it can be solved through the aspiration and loving kindness. In the medical problem, it can be solved through the right understanding of the law biology, the precept including providing the right critical understanding before taking the contract of surrogacy.  The medical problem can also be solved by means of the qualities of being a good man. By virtue of these principles, many indicators and qualifications can be properly understood while making the contract of surrogacy. Finally, in the area of morality based on the Buddhist virtues, the mentioned problem can be alternatively solved through the four sublime states of mind, six directions and the four bases of social solidarity wherein the sense of goodness while undergoing surrogate motherhood can be increased. Under these ways of practice, one who needs to have a baby through this technique can come to have the real understanding of the surrogate problem caused by such a method and thereby gradually reducing one’s desire to have a baby by not taking it through putting an end to the suffering instead. 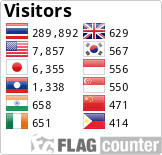