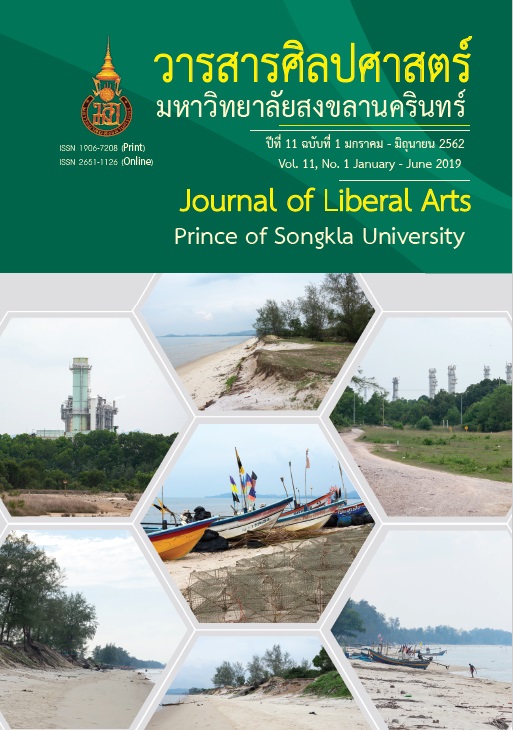 the Fisheries Act, B.E.2558 (A.D. 2015) came into force and affected owners of fishing boats and fishery workers in Paknam Chumphon Subdistrict, Mueang District, Chumphon Province.  For this qualitative study, data collection was conducted using non-participant observations and in-depth interviews with four  owners of 30 gross ton fishing boats with surrounding nets (black nets) who had been in the fishery occupation for over three years, and five Thai and foreign fishery workers.  Content analysis and descriptive analysis were performed.

The study found four aspects of adjustment adaptation as follows.  1) Physically, the fishing boat owner had to prepare equipment, health and safety on the boat which incurred additional expenses; specifying fishing days and non-working days for workers reduced the work time but it was advantageous for workers as they had more time to rest. 2) Self-conceptually, the fishing boat owner’s expectation for income was lowered resulting in feeling discouraged, risky, and uncertain about the occupation, but it was good for workers because the law protected and made them feel safer.  3) In terms of the roles and duties, it was a duty of the owner of the fishing boat to look after everyone on the boat as the head who planned the work, and it was a duty of fishery workers to take orders from the head and to be able to do many types of work. 4) Interdependently, the owner of the fishing boat and fishery workers helped each other, talked together and looked after each other like family members; this could affect work and life while living together on the fishing boat.