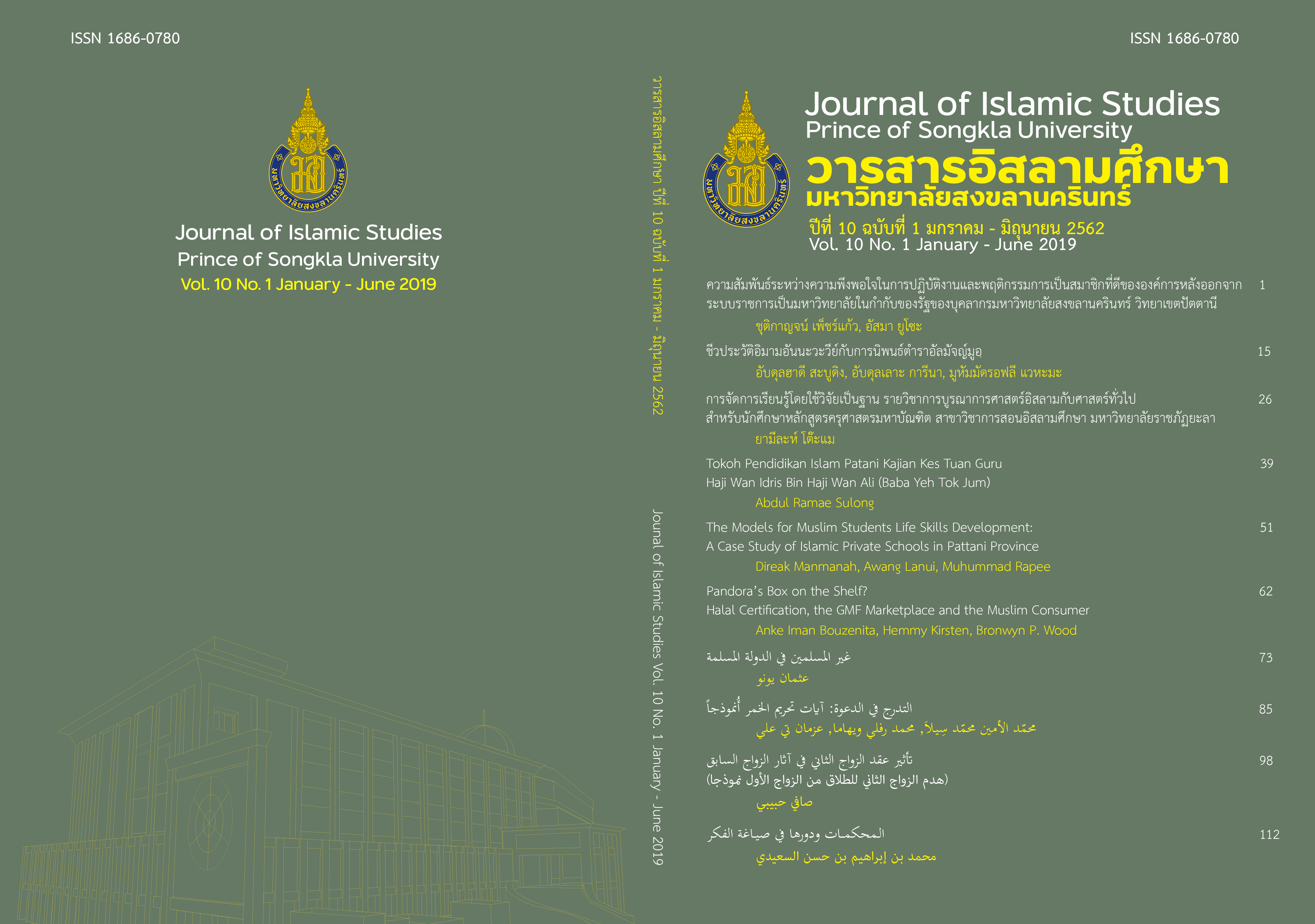 It is well known to everyone who is familiar with the contemporary intellectual arena, the interest that has been given to the science of thought, whether in terms of authorship or reading. The science of thought has become nowadays a science that has books, authors, scientific institutions and its special methods. Thought in general and Islamic thought in particular have a special presence among young people who love culture and reading. However, the science of thought, which is the total and detailed perception of  reality in terms of nature, composition factors, consequences, methods of improvement and treatment of its defects, has become a new science on Islamic culture. It shall be determined and controlled in accordance with Shari'a controls. This research shows the supposed or required relationship of Islamic thinkers with the texts of revelation (Quran and Sunna).

In conclusion, Islamic thought must be regulated by the Shari'a clear evidences (Muhkamat) and work according to them and achieve their goal in order to fulfil the desired goals and objectives of the science of thought