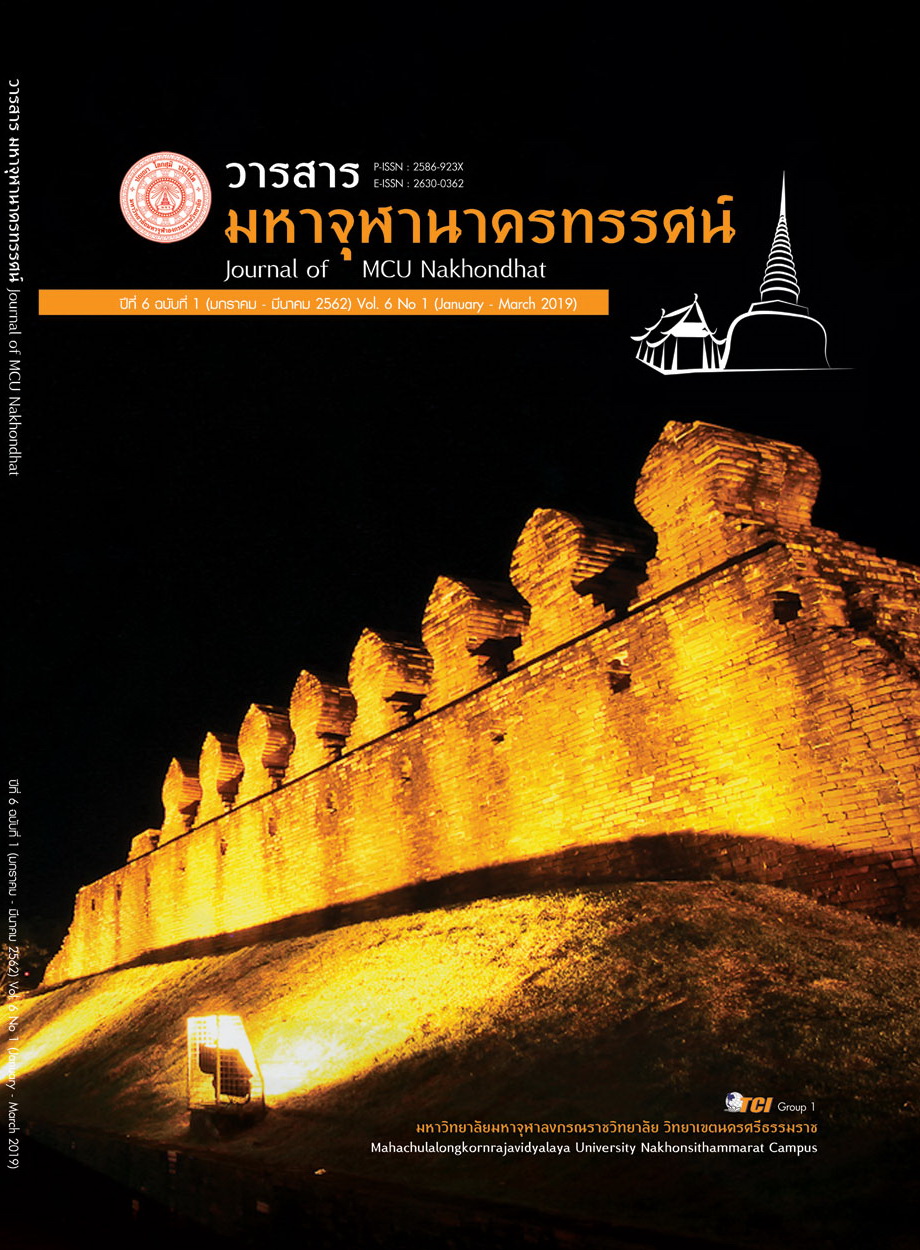 This dissertation entitled ‘The Integrated Buddhist Method for Mental Empowerment of Soldier officers’ has three objectives: 1) to study the problem of morale of the military soldiers; 2) to analytical study the integrated Buddhist method for empowerment of soldier officers’ morale, and 3) to propose the integrated Buddhist approach for empowerment of soldier officers’ morale. In this research, a Mixed Method Research was used through the qualitative research and in-depth interview of 10 populations and then the descriptive analysis was also done. The quantitative research was done through questionnaires gained by private armed forces. 200 Transport Regiment Guards were purposively selected by using statistics such as percentage, average and standard deviation. The results were found as follows:

1) The morale of private armed forces were at a high level (= 4.17), in each side, it was found that the confidentiality of official sympathy was at high level (= 4.14) and the lowest ranked scores were concerned with loving kindness in seeking more benefit for public than private (= 3.88). From the result of in-depth interview, it showed that the desired factors were obviously affecting upon the morale of private armed forces present in the present and seven factors were summarized in this research as follows: 1) the role of the supervisor, 2) the responsibility and satisfaction in the assigned works, 3) the relationships with co-workers, 4) the division’s policies, 5) reward, 6) the work’s environment, and 7) the private conditions being towards co-workers. As far as the integrated Buddhist approach for empowerment of solder offers’ morale are concerned, four sublime states of mind can be alternatively applied so as to get things done. As regards loving kindness, generosity should be occasionally made, in the compassion the weak and disadvantageous person should be given some help, in the sympathetic joy one should express the gladness out when other gets promotion and in the equanimity one should encourage others to endlessly perform their duty.

2) The integrated Buddhist approach in empowering soldier officers’ morale can be done through the application of four sublime states of mind in the following ways: in the loving kindness one should become a good friend wishing other a very happy life, in the compassion one should make a great deal of effort to liberate others from suffering, in the sympathetic joy one who is under supervision should be prioritized by the supervisor in all necessary cases, in the equanimity the supervisor should equally hear and take all cases into account without any bias. Under this suggestion it can be claimed that all organizations can practically apply such virtue so as to empower the armed solder officers’ morale who are under the commandment. In order to achieve this goal, the public spirit and awareness of organizational benefit should be empathetically emphasized wherein the sustainable effectiveness is expected.

3) When it comes to the knowledge concerning with the Buddhist integrated approach in empowering the private armed forces’ morale, the model called SMART MODEL was considerably proposed. The mentioned approach can be effectively applied in the seven following ways: 1) the role of the supervisor, 2) the responsibility and satisfaction in the assigned works, 3) the relationship with colleagues 4) the division’s policies, 5) the reward, 6) the environment in working, and 7) the personal conditions. By virtue of these ways the integrated Buddhist approach comes to be explained in the four dimensions: S = Stimulate enthusiasm M = Motivate inspiration A = Allegiance, T = Teamwork collaboration.