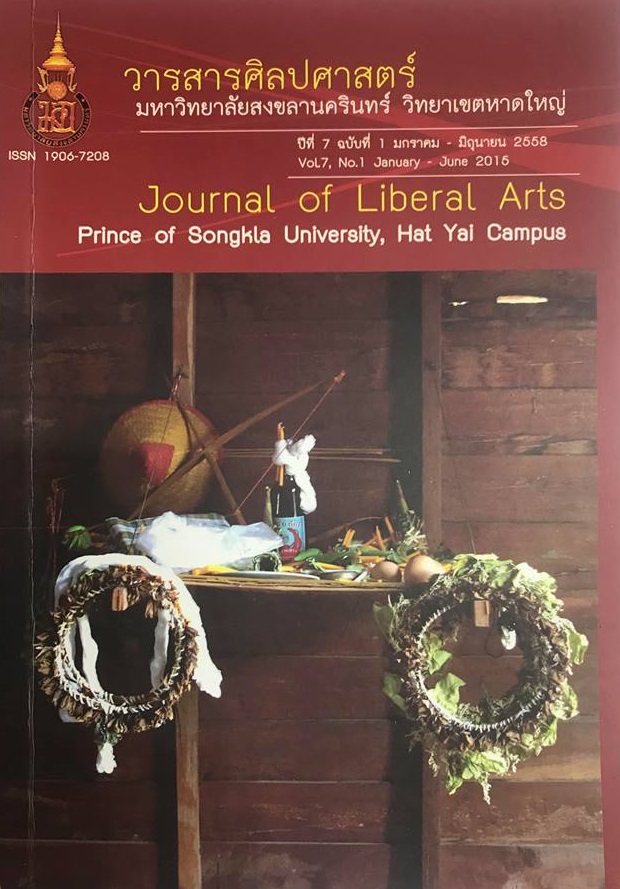 
The study aimed at studying the process of cancer patient psychological rehabilitation of Thiphayasathandham which is situated in Tambon Ko Yo, Mueang District, Songkhla Province. An in-depth interview technique was employed in the data collection process of this qualitative research. Four cancer patients and three female mon ks suffering from cancer participatied as the primary research sub jects. Also participating in this study as secondary informants were three relatives of the primary subjects. In addition to the in-depth interviews, participatory observation was employed; the researcher participatied in vario us activities with the subjects, including meditation and other activities that were prepared by Thiphayasathandham. The data collected were coded and decoded before being analyzed and interpreted. Results were presented descriptively.

It was found that the process of cancer patient psychological rehabilitation of Thiphayasathandham in Tambon Ko Yo, Mueang District, Songkhla Province consisted of three types of meditation—the meditation based on determination of the cancer patient, the praying and the Ar-na-pana-sati meditation, the meditation with movement developed by Luang Po Khien. The process, which also included praying, helped raise the patients’ morale, hope, and understanding in the truths of lives. In addition, support and encouragement given by their relatives were found to play a significant role in the subjects’ psychological rehabilitation resulting in healthier physical condition, and decreasing in si de effects such as nausea, vomiting, insomnia, and pain from the conventional medicine. The rehabilitation process, however, was not found to help the cancer patients in their self-physical care. Rather, it helped the subjects to realize the truths about being born, getting sick a nd old, and death, leading to their facing the death with courage, peaceful mind, and without agony.