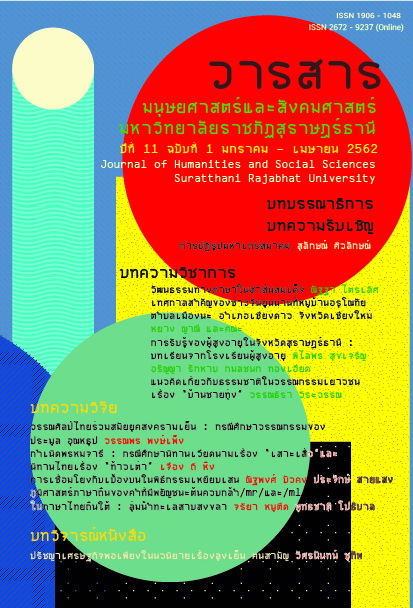 
This article focuses on the Supreme Mahathera Council, the chief organizational body founded by King Rama V tasked with overseeing the governance of monks within Thailand, and documents how recent problems and controversies have increased and tarnished the council's stature in the kingdom. In recent times the Supreme Mahathera Council, or the Sangha Council as it was first known, has had a turbulent history and had its charter revoked by the previous civilian government only to have it reinstated after the military seized power. Many believe that the present council is led by elderly, who are out of touch with the needs of today's changing society. As such, the article seeks to address the problems hindering the association by offering a series of guidelines designed to reform the association, and by doing so, start a necessary dialogue to reestablish trust in the body, according to the ideals that originally gave birth to the association so many years ago.The article identifies fourteen areas that require urgent attention and then addresses them according to four broad policy guidelines. These include: 1) The Supreme Mahathera Council must consider all the allegation according to the rules or the Vinaya. 2) The process by which monks are trained should be updated and modernized in accordance with well-established pedagogical principles, and should be aimed towards helping monks realize their full potential as practitioners of the tenets that embody Buddhism yet be framed according to the context we now live in, a period marked by rapid technological change and social upheaval. Changes to curriculum and teaching methodology should be aimed towards and designed to attract the upcoming generation. Training must also seek to instill respect and veneration towards the antiquities that are housed within the kingdom's many monasteries. 3) There should be rules and regulations in using space of the temple for monks to live, learn and practice suitably. 4) The Supreme Mahathera Council needs to develop a more open - minded stance towards those who advocate Buddhism as a vehicle for challenging injustices and righting social wrongs. In addition, the female Buddhist monks suohld be approved as they have been endorsed in Sri Lanka. Such guidelines are intended to elicit further conversation and debate, all with an aim towards rejuvenating an association that has much to offer as we chart a course through difficult and uncertain times in the years ahead.

All published manuscripts have been verified by peer-peer professors in the fields of humanities and social sciences. Reprinting of the article must be authorized by the editorial staff.