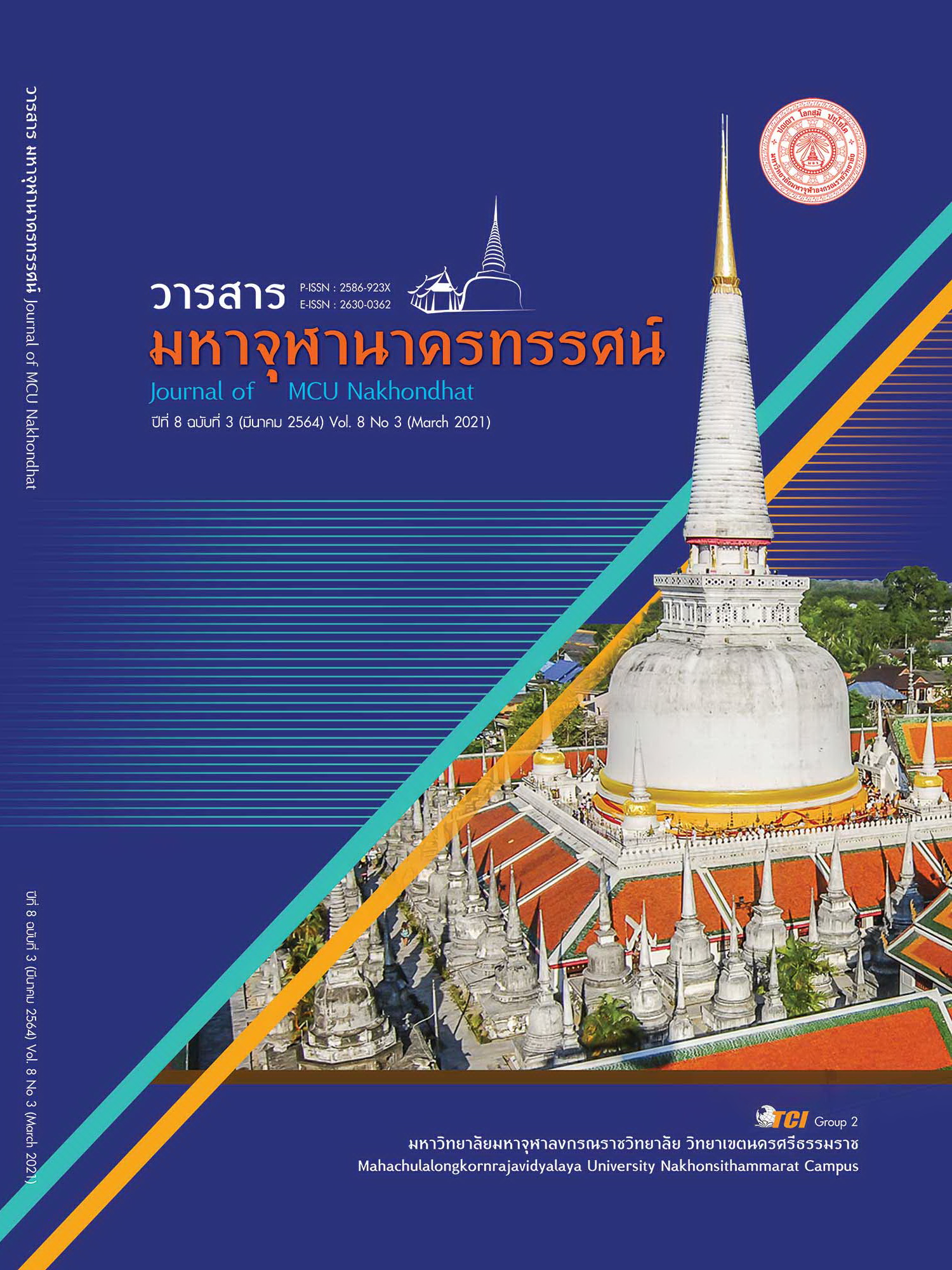 The objectives of this research article were to studying Pra Rajthamnithet’ roles, concepts and patterns of public welfare under the framework of the Sangha Supreme Council of Thailand and that of public welfare of the Buddhist sustainable path. The study used the Qualitative methods via in - depth interviews of five target persons: 1) Pra Rajthamnithet 2) Somporn (assumed name)3) Siri (assumed name) 4) Wilai (assumed name) and 5) Decha (assumed name). The data were then analyzed qualitatively by means of description and context. The findings reveal as follows: 1) Pra Rajthamnithet’s role in Public Welfare could be found in assisting, developing and integrating people’s life quality, aiming primarily at propagating Buddhist morale to implant people’s honest livelihood; 2) in relation to the concept and patterns of the Sangha Supreme Council of Thailand, Pra Rajthamnithet’s work focuses on developing public welfare via three main ideas: man - power building, work building and career building leading to the society filled with happiness and well - being. This is to make a peaceful society applying Buddhist Basis for success (Passion, Grit, Focus, Monitoring). A strategy of reciting four mantras: willing, self - enforcing, intending, and understanding what to be done; 3) in line with Buddhist sustainable public work development, Pra Rajthamnithet is outstanding in applying the Tripitaka Dhamma/ Doctrine to initiate public welfare activities in consistence with and responding to social problem solving. Research recommendations are to thrive knowledge transfer; more participation in mobilizing the work of monks and novices as well as better teamwork between the personnel of Suan Kaew are to be encouraged.