This research is a qualitative study aiming to tell the narratives and analysis on consumer culture, to consider on fighting and negotiation of femininity and masculinity as well as to indicate sexual relationship with a question, i.e., how did femininity and masculinity in the way of Barhost relate to sexuality and feminism under Social Constructivism Paradigm? Since sexuality is currently hidden with several social codes including norm issues, beliefs, and morality, persons who have different preference on sexuality regarding sexual behavior, sexual satisfaction, or sexual desire, became social defendants. The researcher obtained 9 persons with direct experiences to tell the narratives who created the meaning of this phenomenon that was the reflection of fighting and negotiation as well as to be consistent with sexual norm. It was found that Barhost and living was considered as negotiation with consumer culture, roles on creating personal identity by connecting with social identity whereas fighting and negotiation with femininity and masculinity was based on the norm defining the set of ethics via different interpretation and meaning.
The concept of feminism influenced on the roles of Barhost, i.e. although women were defined by the criteria and sexual knowledge to lack of bargaining power, Barhost was considered as a phenomenon building bargaining power against
sexual overwhelming authorizing higher power to men. The narrators proposed fighting and negotiation with this power via different methods.
A 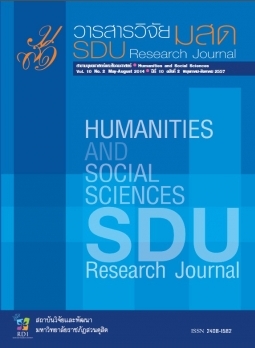