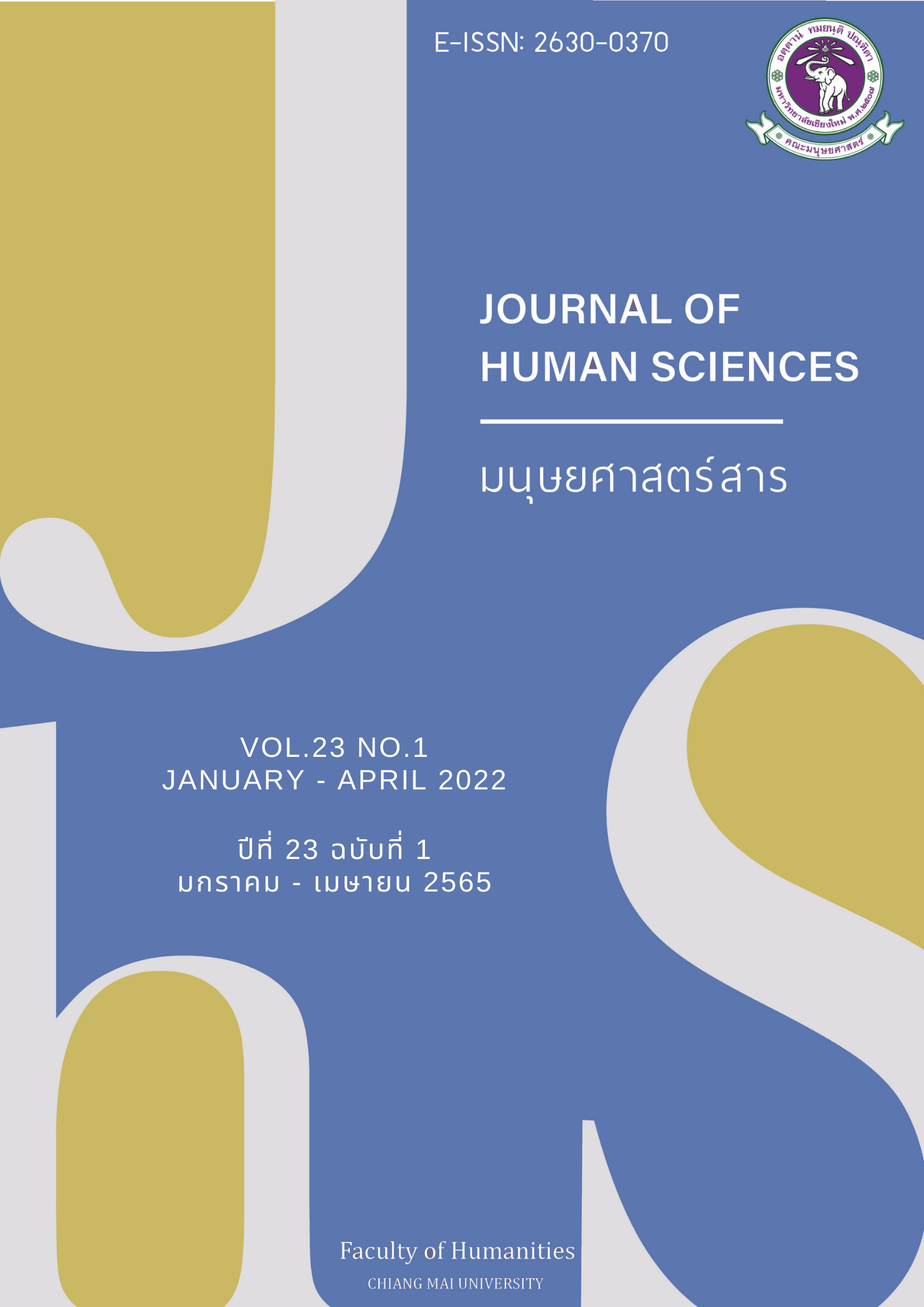 The objective of this article is to study the word “nam1” in northeastern Thai dialect, which has been changed syntactically and semantically. This article is synchronic study. The data are complied from document, online database, and northeastern Thai dialect spoken in daily life since King Rama IX – present (1946-2020). The structural grammar of Vinjindra Phanupong (1982) and Navavan Bandhumedha framework (2011) are applied to catagorize word functions and discuss meanings respectively.

The results of studying word class, function and meaning of the word “nam1” in northeastern Thai dialect are found that “nam1” is functionally used as verb, preposition, adverb and conjunction. Semantically, “nam1” is divided into word classes as follow; 1.Verb containing two sub group meanings are 1) “follow” “find” in standard Thai interpreted as to  arrive concrete movement, distributing not only to noun phrases such as human, animal but place and object also. 2) to show imitation. 2. Preposition containing two sub group meanings are 1) “with” “by” in standard Thai interpreted as coordinative agent or coordinative agent with another one, doing actions each other. 2) “follow” in standard Thai predicated as to arrive concrete and abstract movements. 3. Adverb has synonym as “with” in standard Thai, interpretating to participate event where agents do actions each other, modifying the verb “nam1”, and being able to independently occur at final position of the verb modifier. In term of preposition “nam1”, noun and noun phrase must be included consistently at the final distribution. 4. Conjunction is interpreted equally “because” in standard Thai, occurring constantly after the word “to be” to show rationale of event.