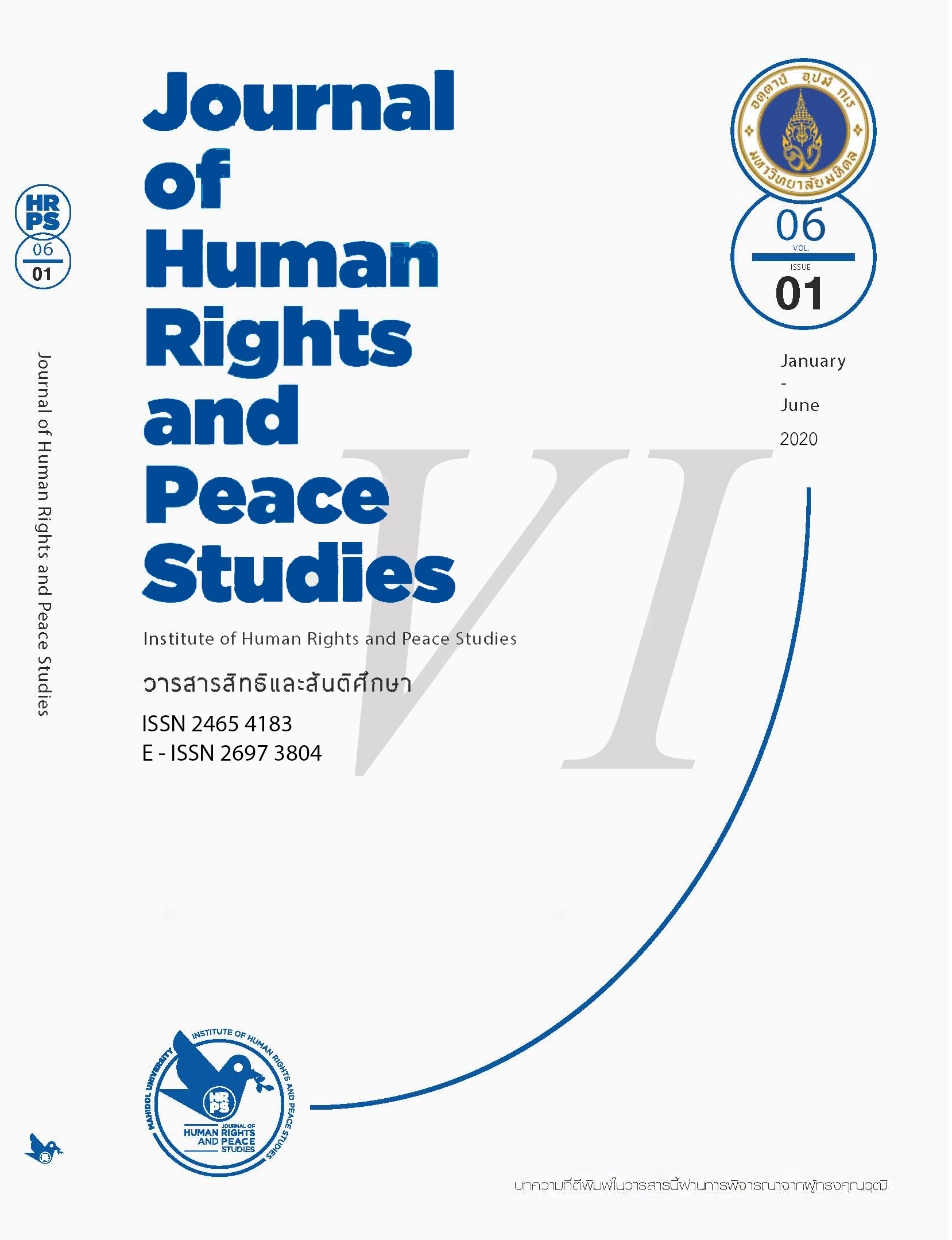 This article examines the cases of two women tried who bravely and seditiously challenged their respective countries’ laws and social and cultural norms. At first glance there are few obvious similarities between the lives of political activists the American Ethel Rosenberg and from Thailand Daranee Charnchoengsilpakul. Separated by decades, by national legal systems and by geography, the history of these women’s acts of sedition might seem noteworthy for what makes them each distinct. Yet Haberkorn draws them together in such a compelling way we are provoked to think again. Notably, in both cases there was a “disjuncture among the alleged crimes, the paucity of the evidence presented, and the severity of the punishment” (p. 621). Haberkorn argues that both Ethel and Daranee were on trial for “far more than the charges listed in their indictments: they were on trial for disloyalty to the nation” (pp. 621-622).

The views, opinions, and pictures expressed in this journal are those of the authors and do not necessarily reflect the opinions and viewpoints of  the editor and the editorial board. All rights are reserved by the authors and the Institute of Human Rights and Peace Studies of Mahidol University. No part of this journal may be reproduced, stored in a retrieval system, or transmitted in any form or by any means without the prior permission in writing from the journal’s editor, or as expressly permitted by law, or under terms agreed with the appropriate reprographics rights organization. Non-commercial use of information in this journal must be properly referenced.