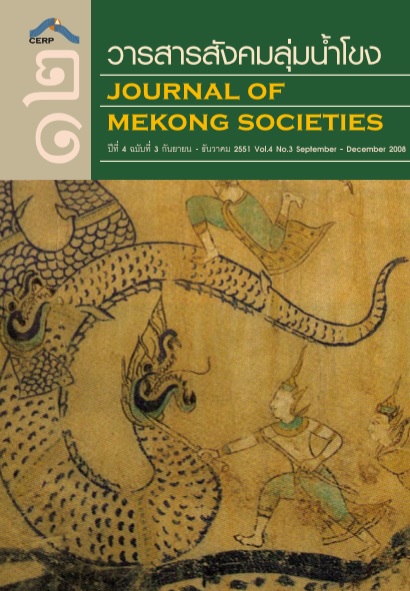 This research concerns social change in gender relationships among the Phuthai, an ethnic group in Northeast Thailand.  The new context of socio-economic and modern culture, along with commercial cultural management and cultural tourism, have reshaped social relations between men and women.  The Phuthai community is involved in one of the programs within the Thai government’s economic development policy aimed at communal cultural tourism.  This project affects the community in its productive systems, social norms, and gender relations.  The Phuthai people have changed their ways of making a living.  They have adopted selling services in the tourism industry combined with traditional land cultivation practices.  The traditional spatial usage among women in the community has also changed.  Phuthai women used to be “inside” the house, but now they are “outside,” i.e., in public.  They participate directly in economic activity.  The traditional work of the Phuthai woman within her own space formerly was not involved with the family’s monetary income.  Now her work situation/space has changed to provide services for tourists, which contributes directly to the family’s income, thus playing a major economic role for the family and the community.  At the same time, the relationships between Phuthai women and men, as generated in the context of cultural tourism, have been both rebalanced and beneficial.