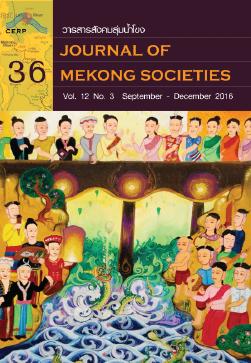 Glutinous rice, also known as sticky rice, is not only a staple food, it is also integral to the food security of small household farmers in the Greater Mekong Sub-region (GMS), and the traditional favorite variety in the rice bowl of ASEAN. The goals of the present study were to seek more information about glutinous rice, especially its geographical distribution, and create a glutinous rice map based on the germplasm accession data of glutinous rice varieties conserved in the International Rice Genebank (IRGC). The study found that glutinous rice is found on five continents: Asia, South America, North America, Europe and Africa. As of November 2013, 6,530 glutinous rice varieties had been collected for preservation at the IRGC. The continent from which the highest number of samples was collected is Asia, (6,484 varieties) of which 4,802 came from the GMS. The Tai ethnic groups in the GMS and especially in the Lao PDR, Thailand, and Vietnam are the main growers of glutinous rice. Within the GMS, the largest collection is from Lao PDR (2,470 varieties), followed by Thailand (1,289 varieties) and then by China (374 varieties).