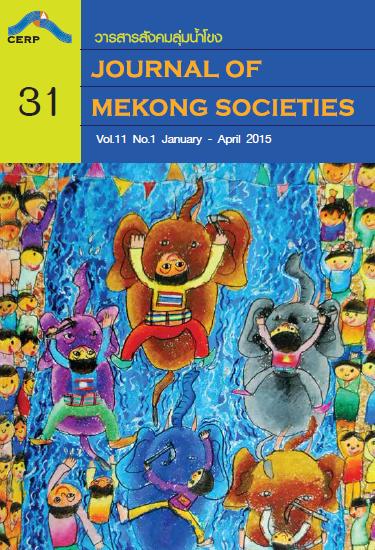 
Vernacular architecture is a reflection of culture, way of life, and local wisdom assembled by ancestors, which is collected, examined, and developed into a distinguishing feature of the architecture. The Korat-style house which Korat-Thai people had lived in for many generations is one example. This article will discuss the state of the Korat house by tracing back those houses that were studied during the year 2002-2003 and by conducting interviews with their occupants at Phrapheoeng village, Nok-Ok district, Amphur Pakthongchai, Nakorn Ratchasima province. During that period, this village had been explored because of its large number of Korat houses. The survey in 2014 found that the state of the Korat houses there can be divided into four types: 1) those that have been abandoned, and were purchased because the homeowners live elsewhere; 2) those that have been continuously occupied and are still preserved; 3) those that have been occupied continuously but were modified by increasing or decreasing the space, shape, materials, structures, and components; 4) old houses that were demolished and replaced by new ones in different styles by using some of the leftover materials, or using all new industrial materials. These phenomena reflect the declining popularity of the Korat house nowadays. If there is no appreciation, preservation, development, and succession, the Korat house will definitely be lost from the daily life in Nakhon Ratchasima.