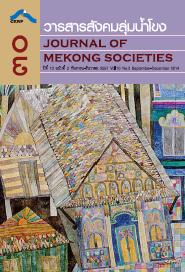 This article presents the economic struggles in the daily life of Vietnamese people in the “subsidy period,” particularly after 1975, when Vietnam was unified by the Vietnamese Communist Party. Using secondary data in Vietnamese and interviews with key informants, it argues that Vietnamese people faced economic hardships, particularly after 1975.  These hardships were caused by (1) a hastily-adopted socialist economic system deployed from the north to the south, and (2) the end of assistance from socialist countries together with economic sanctions from the United States and its allies.  Vietnamese people used various means to survive, including eating cassava, eating only two meals a day, using bricks made from coal ash and mud to build homes, etc.