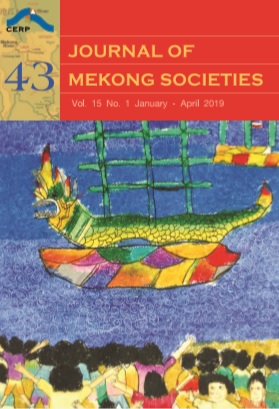 The main purpose of this research was to establish a grounded theory of ASEAN common denominator cultures. The research used the inductive approach with mixed methods to collect data. The qualitative research part conducted a thematic analysis, including content analysis and research synthesis, while the quantitative part was based on a survey of 4,110 Asian people regarding media and content exposure behaviors. The survey results were certified by experts in each country before confirming the same dimension with confirmatory factor analysis. The research found that a grounded theory of ASEAN common denominator cultures consists of three dimensions with two opposite sub-divisions as follows: 1) behavior of information exposure (active/ passive); 2) content exposure (variety/ predominance); and 3) cultural exposure (diversity/adherence). The results also indicate that people in the same dimensions had similar exposure to behaviors, plot exposure and cultural content expectations when they decided to watch TV dramas. Therefore, a successful television series in one country would be successful in other countries having that common dimension. In other words, the successful TV dramas in Thailand are expected to satisfy people in other countries that share the same cultural dimensions with Thailand.