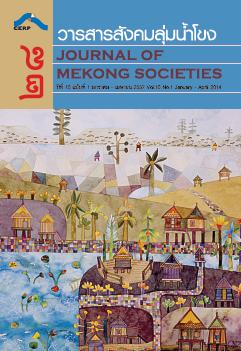 This article aims to investigate Vietnamese national salvation movement during the period 1880s-1930s in the northeastern region (Isan) of Thailand, especially in Udon Thani province. The historical approach was applied by reviewing and analyzing primary sources, such as Siam government documents, French government documents, Vietnamese national salvation movement documents, and memos of witnesses. The study reveals that there are four factors that made the movement possible. First, many Vietnamese people migrated to Udon Thani because it is not far from Vietnam (Annam). Second, the province is quite far from Bangkok, the center of all government authorities. Third, residents of Udon Thani at that time did not consider themselves to be Thai people, but rather as Lao, especially in 1893 when Udon Thani was designated as the center of Lao Phuan province. Finally, the location of Udon Thani was far from the suppression of the French army at the Thai-Lao border. These factors strengthened the movement for Vietnam liberation. The study also indicates that the movement can be divided into three periods: 1) the movement of Can Vuong during 1880s -1890s : the first chapter of Vietnamese national salvation in Isan 2) the movement of Phan Boi Chau and Dang Thuc Hua during 1900s - 1920s : the begin of revolutionism in Thailand and Isan 3) the movement of revolutionary power in Isan from late 1920s - 1930s : Ho Chi Minh, Udon Thani became the center of the movement in Isan and countries in the Mekong River basin.