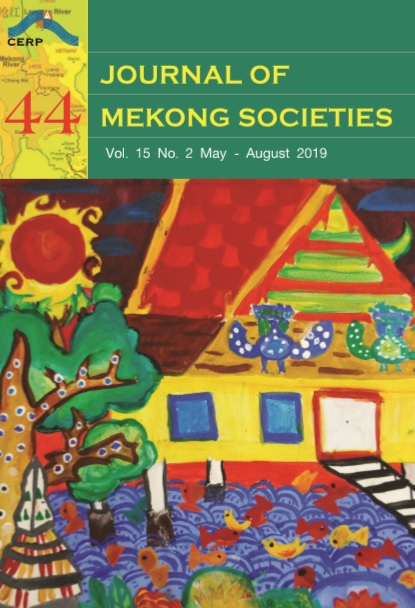 Vientiane appears to be driven by transnational capital through neoliberal policies. Many urban development projects are transforming the cityscape, land use and local livelihoods. This article has three objectives, namely to: 1) analyze the “Vientiane New World” (VNW) project and explain how the Don Chan community where it is being built has been affected by the project through its impact on agricultural yields, construction of facilities and living conditions; 2) examine how the project developers compensate the displaced people for the economic and social impacts, including managing the resettlement of a relocated Don Chan community; and 3) analyze how the community has adapted its livelihood strategies following relocation. The study used qualitative research methodology, interviewing key informants from the Don Chan community who have been relocated to Xaisomboon villages. The result revealed that “VNW” reflects a modern dream about the urban development process in Vientiane. The project involves the relocation of some local residents of Don Chan to Xaisomboon villages, providing compensation for economic damages incurred through loss of land, agricultural yields and building facilities. The project offered a total of 800 m2 titled land to the affected families, along with supporting infrastructure in the resettled village. As a result, many families now have sustainable livelihoods, but some have had difficulty in adapting their livelihood strategies to the new location.