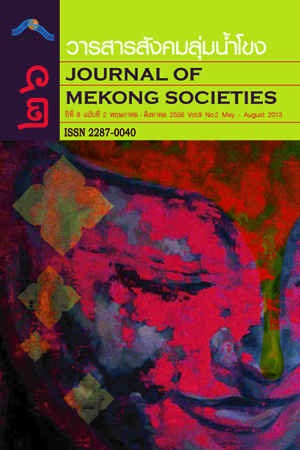 As a result of the 1868 demarcation of the border between British Burma and the Kingdom of Siam, more than 40,000 Thai people living in the territories of Tavoy, Mergui, and Tenasserim are considered citizens of what is now Myanmar instead of Thailand. But these people regard themselves as Thai citizens living in what was originally Thai territory. Since the 1980s, about three-fourths of this group of Thai people have moved over the border into Thailand. Their status has become that of the “Thai diaspora in Thai society” because they have not been granted Thai citizenship. “Diasporas” are debated prototypes in flux, diverse, and transnational groups of people. The “Thai diaspora in Thai society” also is a debated prototype on the issues of whether it is composed of generic immigrants or members of a diaspora and how its members have taken advantage of this argument in negotiating with the Thai state.