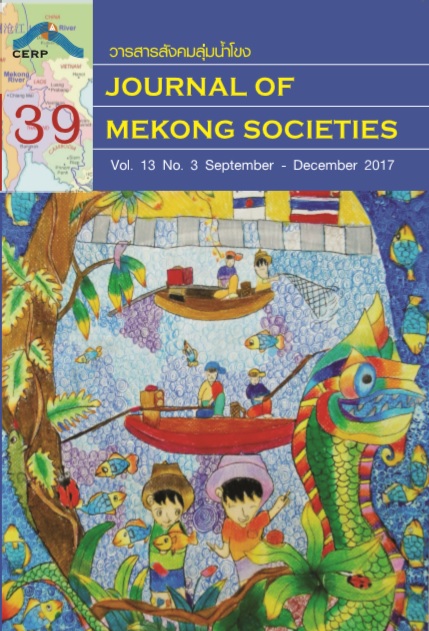 The objective of this article is to understand the struggles of Cambodian cart carriers transporting goods across the Thai-Cambodian border. The study is guided by Michel de Certeau’s concept of practice of everyday life. Qualitative research methodology was employed. The study reveals that border crossing by Cambodian cart carriers under the border trade system does not reflect a weakening of state power in border areas. In fact, both state and capital powers are rather diverse and strong. Such power is exercised through rules, regulations and procedures associated with border crossing and border trade management. Meanwhile, the cart carriers did not entirely surrender to power; instead they negotiated through various practices and took advantage of opportunities for their benefit. While de Certeau’s analysis emphasizes “strategies” of the state and focuses on practices at the individual level, this paper reveals that cart carriers negotiated with powers of both the state and capital. Although practices at the individual level are demonstrated in various forms, under the contexts in which individual practices are not a good “strategy” in dealing with conditions and solving problems in everyday life, cart carriers negotiated on the collective level-getting together for protest. Based on the findings, we argue that a framework for analyzing practices of everyday life should include various forms of power and the level of analysis should be considered in its context, rather than focusing only on practices at the individual level and state power.