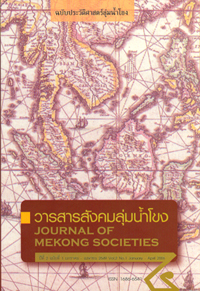 This article analyses the presentation of Vietnamese history in a recent official fourth grade textbook, in order to increase understanding of the government’s use of history to create a unitary concept of the nation in Vietnamese youth. The study used a fourth grade science and social science textbook entitled: (Tự Nhiên Và Xã Hội,Phân 2 : Ðia Li Và Lịch Sử) (2003).  The study finds that the historical content of the textbook focuses on the period before Vietnam was colonized by French. The content also prioritizes those groups who saved and protected the country through the brave and intelligent planning of war strategies that finally led to victory against the larger enemy. The rivals in this period were the Chinese dynasties. Many heroes and heroines from this time appear in the textbook, such as the Trung siblings in 40-43 (Hai Bà Trưng), Ngô Quyền, the triumphant battle at Bạch Ðằng in 938, Lê Lợi who conquered the Ming army at Chi Lăng,Lý Thường kiệt who was victorious against the Song army, and Nguễn Huệ who beat the Ching (Thanh) Dynasty army.  The study also considers the presentation of Vietnam’s long development period. The textbook first discusses early Vietnamese settlements, noting that about 2,500 years ago Vietnam was governed by a monarchy, and that the people knew how to do farming, weaving, silk making and copper making. The textbook mentions the Emperor Li Tai Toh in the Li Dynasty who devoted himself to building temples and developing Buddhism, and also notes that the Thruen Dynasty was well known for building dams to prevent flooding and to develop the rural economy. The most significant history mentioned in this textbook concerns progress during the Le Dynasty. The textbook focuses on the governance of Emperor Le Tan Tong in promulgating the Hồng Ðύc law, managing education initiatives, building the first university in Văn Miếu and promoting the advancement of literature and the sciences.   This textbook also praises Emperor Quang Trung in the Ngien Dynasty for his ability to appoint the right people to important positions during the nation-building process. Although the textbook highlights national advancement, it also mentions the increase in internal conflict, the oppression of the population during the Truen dynasty period, and the seizing of power in the Trin-Ngien dynasty, during the 16th century.  Finally, the study looks at how the textbook refers to small ethnic groups. There is only one lesson about the groups, and it discusses the expansion of farmland in the 16th century, and its extension to the land of the Jam people and other small ethnic groups in the central and southern region of Vietnam. The textbook emphasizes that this enabled these ethnic groups to experience greater development through cooperation.