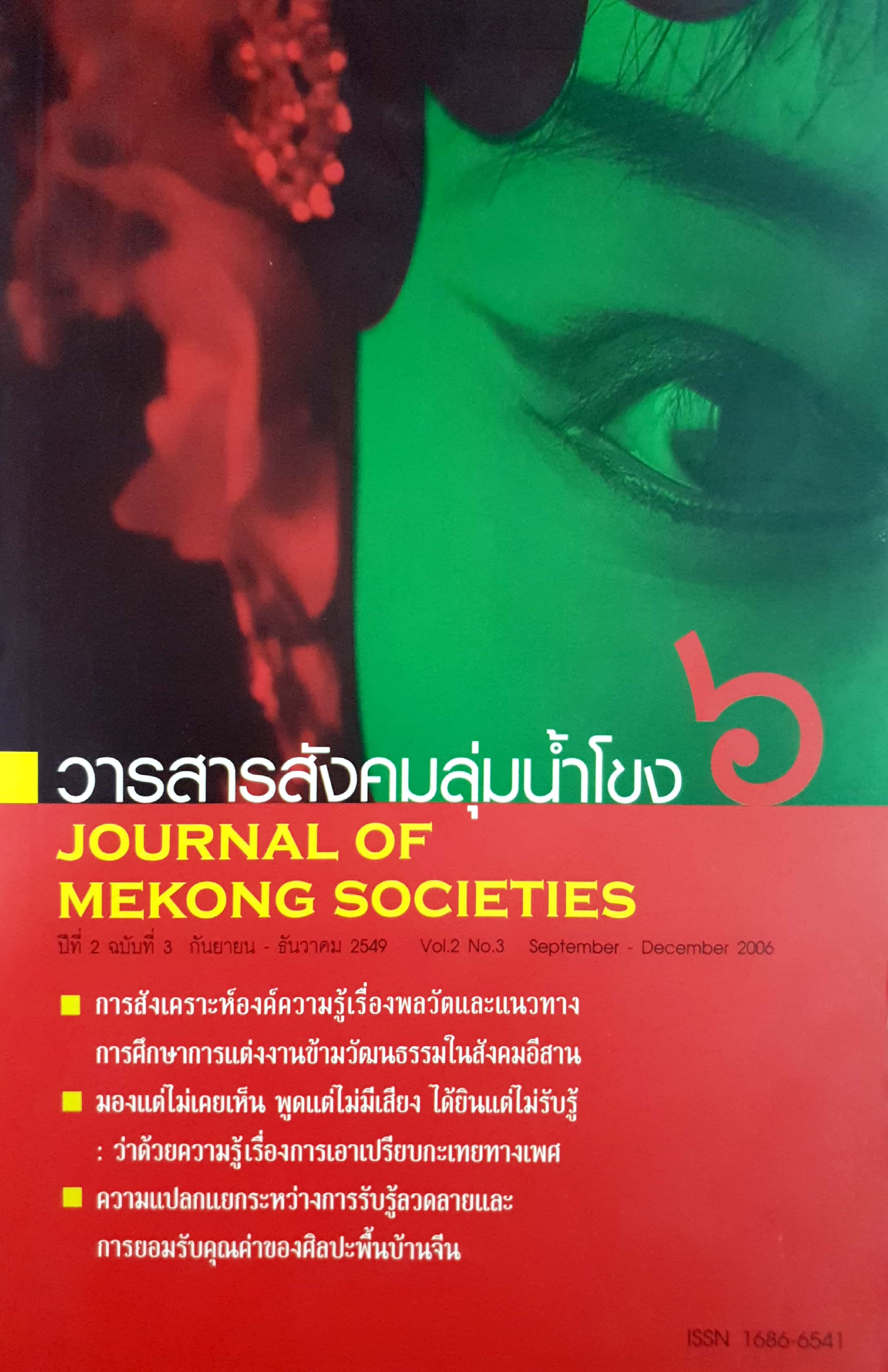 Cross-cultural marriage is not a recent phenomenon in Thai society.  During the regime of King Rama V, there were marriages between Siamese women and Chinese men who ran business and live in Siam. In the later period, the presence of American military in Thailand during Vietnam War also facilitated marriage between Thai women and American soldiers. Currently, marriages between Isaan women and foreign men have taken place under the globalized society which is different from the society in the past.  This paper presents the dynamic of this phenomenon which has, on the one hand, related to the transition of social and cultural circumstances, as well as the country development policies influence by changing of global society.  On the other hand, it is also associated with theoretical perspectives applied as an analytical framework to capture the phenomenon.   In the regime of King Rama V, cross-cultural marriage served as the key mechanism for assimilation between Thai and Chinese ethnics.  In the later period, this phenomenon was viewed under modernization perspective relating to the expansion of service sector and tourism influenced by the stationing of American military forces in Thailand as well as the government’s tourism promotion policy.  Under the expansion of cross-border migration since 1980, cross-cultural marriage is viewed under migration approach.  In the current society which mobility of people go beyond the geographical and cultural borders, cross-cultural marriage was conceptualized in relation to the linkages between local and global cultures.   In addition, this phenomenon was also analyzed under the resource profile approach and indicated that marriage to foreigners has influenced the changing of rural household resource.