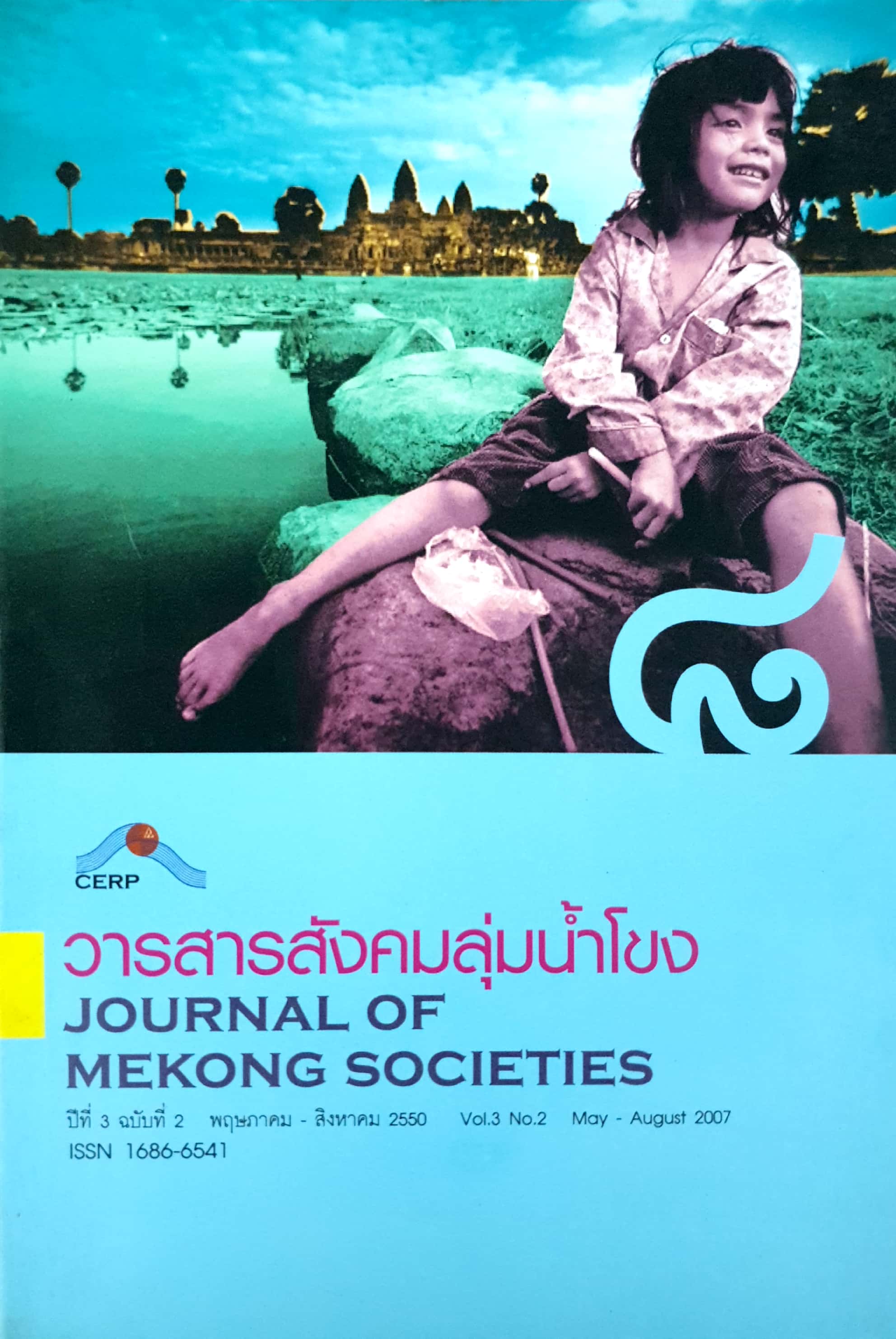 This paper focuses on the development of the Phutai vernacular house in Muang Phine, Savannakhet province of the Lao PDR. Field research conducted in Nond Yang and Kamcha-E villages found that Phutai settlements share certain patterns with other Tai-Lao-speaking groups, who generally locate their communities adjacent to natural watercourses and mountainous areas where natural resources necessary for living are abundant.  Traditional houses are positioned along an east-west axis, with the sleeping position of the head pointing toward the north or south. Phutai traditional houses consist of three different types: the sue house, xann house, and fadd house. The sue house is a temporary dwelling for a newly married couple that is usually located in the wifeus family household compound. The house is built from bamboo with a thatch roof. The xann house is composed of the main sleeping room and the xann (an open platform). The fadd house is the xann house with an additional gable-roofed structure placed parallel to the main sleeping room. This house type is mainly built of timber structure and it accommodates a higher status or a larger-sized family. Both the xann and fadd houses originally had a hearth in the center of the sleeping room, which was later moved to a separate cooking area near the back of the house or to a separate kitchen placed on the longitudinal side perpendicular to the sleeping room.  The koei house is a later type that developed after 1975, and has become popular because of the use of inexpensive construction materials and the expansion of functional space resulting from a shallow roof slope. Corrugated metal sheets are widely used as roofing material since they are cheap and are produced throughout the region. Natural materials such as walls of woven bamboo strips and wooden planks can also be found.  The Phutai main sleeping room consists of a hong room (shelf for the household protective spirit), a klang room (sleeping area for parents) and a suam (sleeping space for daughter or son and their family). The name for each room indicates that Phutai houses and their culture are related to other Tai-Lao-speaking groups in the southern region of Lao PDR. Moreover, the findings indicate that the Phutai are not the same ethnic group as the Black Tai because of the differences in living traditions and house patterns.