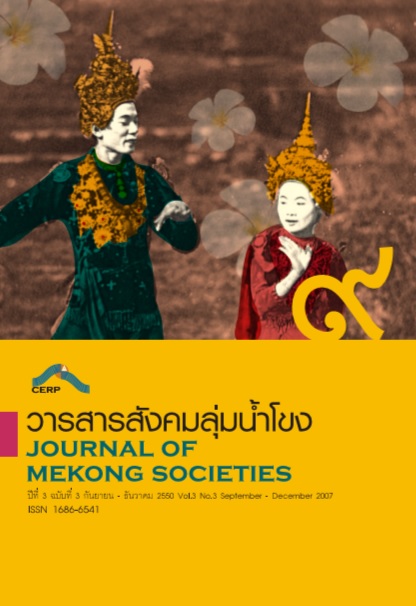 Because Cambodia was a French colony, political factors have influenced the country’s social and economic changes. Cambodia’s political history provides rich material for case studies in the field of international politics, including the impact of  the Cold War, conflicts arising from the Communist movement, genocide, human rights, etc.  This article is a survey of scholarly literature (including doctoral dissertations  and master’s theses) on Cambodian studies  from the Thai  National Library and several university libraries in Thailand conducted between July 2005 and March 2007.  The study found that the main theme is that of contemporary and historic conditions and circumstances. The subjects include the French impact on Cambodia, the role of Sihanouk, Cambodia under the Khmer Rouge, the Vietnam invasion of Cambodia, and the peace process. In addition, there are several theses on Thai-Cambodian political relations emphasizing Thailand’s security and foreign policy.