This research studied the productive work behaviors of Mahidol University International College staff that completed the Next-gen Quality Development Staff Project. Twelve staff members participated in the project. The study participants were 28 MUIC staff members consisting of chiefs, heads, and staffs who worked closely with the Next-gen Quality Development Staff Project participants. A questionnaire was used for collecting data. Statistics used for data analysis consisted of frequency, percentage, mean, standard deviation and comparing between samples by Independent – Samples T-Test and one-way analysis of variance (one-way ANOVA). The result revealed that the productive work behaviors of staff members who have completed the project are at a significantly high level ( = 3.96, S.D. = 0.62), and the highest level was found in the aspect of implementation according to the plan. The comparison between staff members’ sex, age, work experience and productive work behaviors shows that only age affects their productive work behavior at a significance level of 0.05. 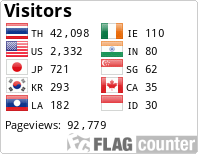